It’s in the Hands

My earliest memories of my Dad is that he was a hard worker.

no hope for the future jobs,

and when he can home he was tired and hungry.

before he would go to sleep he would always play a game of checkers with me.

When I think about it, I must have been a Checker prodigy of some kind, I mean I never Lost a game. My Dad Loved me and I Loved my Dad.

There was something unusual about my dad,

Fast forward 20 years
I was out of work, married with one small child, and one on the way. I asked my dad are they doing any hiring at the steel company? He asked me was I sure I wanted to work there? I told him that I was sure I needed a job to take care of my family

Demuth Steel: what do they do?

We clean and plate steel in cyanide acid, the temperature can sometimes reach 120° in the

summer, and there was no air conditioning, it just Hot.

In between runs we set on a wooden bench he had made 19 years early.

I started learning little things about my dad.

I always thought his glass were to correct his vision, but instead

he told me that he use them to disguise the fact that he became bling in one eye at nine years old.

He began to tell me everything about his life and what he had seen and live through.

He told me his family owned 40 acres of land and one day some men came and told them they had to leave and all they could take was what they could carry.

He told me how he dropped out of school in the third grade not knowing how to read because everyone in the family had to work in the cotton fields.

He told me how his mother was rapped by the story owner and after that he could always get free stuff like candy.

One story after another I began to truly know the Man I called Dad.

Finally I asked him the question I’d always wanted to know the answer to, why do you rubbed your hands like that?

He began to tell me the Final Story, It was about his twin brother. How they went to the club one Saturday night.

They were ladies men. The Wilson Brothers were know around town. The Women would always talk about my Dad’s pretty hands.
A fight broke out. It was over a women. They were able to get out.

During the scuffle my uncle drop his hat, It was his luck hat, he had to go back!

Shots ring out, my Dad ran back to find his brother face down in the middle of the room. He Neiled down beside him and turned him over.

It was like looking in a mirror, see yourself died. There was a large hole in his chest. He tried to close it with his hands, those pretty hands.

That night he left town and moved to Chicago.

In Bible the number seven is the sign for completion.

And at this point I had worked side-by-side with my Dad for seven years, setting on a little beach he made with his hands.

Soon after that I quit the job at Demuth steel.

degrees and certifications, I excel at the highest level in the field of Computer engineering, I’ve owned many businesses as an entrepreneur and I sit on the board of many non-profits.

thinking about the journey.
For me my hands have a different story to tell: Standing hand in hand as my wife and I got married.

Holding my children right after they where born.

When I casted my first vote for Barack Obama.

A strong handshake means, I’m glad to meet you.

A good pat on the back, job well done.
A wave goodbye, I can’t wait to seeing you again.

When I first met my wife she made a strange commented: “You have pretty hands for a man.”

“It’s in the hands” by Leon C. Wilson 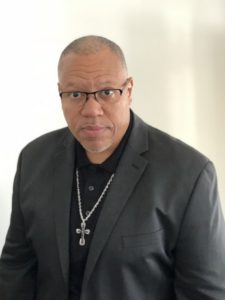